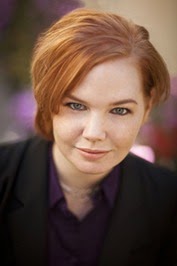 Meljean lives in Portland, Oregon with her husband and daughter. 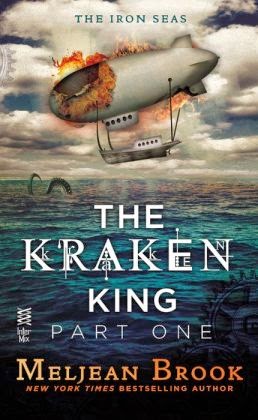 A former smuggler and thief, Ariq—better known as the Kraken King—doesn’t know what to make of the clever, mysterious woman he rescues from an airship besieged by marauders. Unsure if she’s a spy or a pawn in someone else’s game, Ariq isn’t about to let her out of his sight until he finds out…

After escaping her fourth kidnapping attempt in a year, Zenobia Fox has learned to vigilantly guard her identity. While her brother Archimedes is notorious for his exploits, Zenobia has had no adventures to call her own—besides the stories she writes. But when she jumps at the chance to escape to the wilds of Australia and acquire research for her next story, Zenobia quickly discovers that the voyage will be far more adventurous than any fiction she could put to paper…

Meljean Brook has taken her popular Iron Seas series which is a gritty steampunk and expanded it to give her readers a taste of the exploits got up to by Zenobia Fox. She's a heroine who finally gets to step up in this new series of adventures set in a romantic almost Victorian world full of pirates, unusual technology and monsters! An alternative reality that leaps off the page to pull the reader into a rip roaring adventure that never lets up!
Zenobia is so sick of being tied to her brother Archimedes apron strings and further more she is beyond fed up with the all too frequent kidnapping attempts that she's faced. No what she needs is to get away and find inspiration to write her next novel. Traveling by airship with her friend Helene seems safe enough until they are attacked mid air by marauders!
Zenobias leap to safety doesn't quite go according to plan though and she's rescued by Ariq who turns out to be both a former smuggler and thief! He's also unfortunately known as The Kraken King so telling him her real identity might not be the most sensible thing to do. Zenobia doesn't want to fall into the hands of her brothers enemies but Ariqs hands? What a way to go!
The world created by this author is without a doubt top notch! Even those who would not normally read steampunk cannot fail it be blindsided by this. It's such a vibrant picture painted by Ms Brook. We are taken on a journey with Zenobia, such a well brought up young lady and yet she is full of mischief ,quick wit and her sheer enthusiasm for life and all it's mysteries is contagious. She is a very loyal friend and her reasons for traveling with Helene are pulling her in a direction that might not necessarily be safe. As for Ariq? Well he's certainly not backwards in coming forwards! There's no way any one would mistake him for a shy guy! Yet he is also clearly much more than just a romantic lead and there's depth still to be uncovered , fiercely protective and brave.
I'm not a huge fan of short novellas as sometimes it can be an expensive way to purchase a book but this author has planned seven or eight instalments which will hopefully all be of a good length. By her own admission Ms Brooks tends to overwrite so that's a plus point for the reader hopefully bringing longer instalments making it a series and not just one novel broken up.
So did I enjoy reading this and will I read more? A huge resounding yes! This authors talent for storytelling is amazing and I can't wait to find out just what's in store for Ariq and Zenobia next. 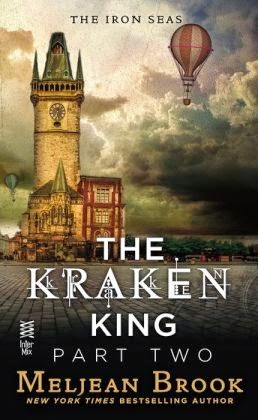 As they continue their expedition across Australia, Ariq is determined to stay close to Zenobia and figure out what kind of game she’s playing—even as his admiration for the enigmatic woman starts to override his suspicion.

For Zenobia, revealing her identity to a man who once made his living outside of the law is out of the question—even though Ariq’s dashing looks and blunt manner are distractingly appealing.

But before anyone’s secrets or desires can be exposed, an unexpected attack threatens to destroy them all…
Our Review:
*Copy gifted in exchange for an honest review

This is the second part of this spin off from The Iron Seas series and brings the reader back to Zenobia Fox and her journey through the wilds of Australia. She's still trying to get her friend Helene safely to her husband but it's a struggle as smugglers and marauders inhabit the land. She's met Ariq and he is without a doubt the most tempting man Zenobia has ever met but he's not to be trusted or is he? In the harsh and forbidding landscape Zenobia will face dangers unlike any she has ever encountered but perhaps the greatest danger is posed by Ariq. He's being friendly for now but how long until he shows his true colours? They say keep your friends close and your enemies closer but which is Ariq? I'm loving this adventure! It's a wonderful piece of writing that exemplifies all that steam punk is about. From modified humans to creatures that nightmares are made of this story has it all. An alternative reality that makes the reader wonder what if? Ms Brook is without doubt one of the most descriptive and imaginative writers around and she just sucks you into the world that Zenobia is travelling through. This serialisation is well worth reading and I can't wait to see just what's next for our plucky heroine but it's not just her story as supporting characters are quite intriguing too. It's a very talented author indeed who can tell a story whilst also fleshing out minor characters and Ms Brook truly excels at this. As a reader I'm beyond curious to know what's next but I'm also really starting to care about all those involved. Well done Ms Brook and please write faster! 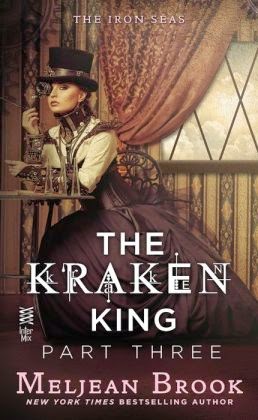 After a harrowing escape, Zenobia, Ariq, and their company take refuge in a gold rush town—but their temporary port is just a respite before traveling to the dangerous smugglers’ dens. Ariq is determined to uncover the men responsible for the threat to Krakentown, even if it means confronting the notorious den lords.

But when he discovers evidence in Zenobia’s letters connecting her to the Horde rebellion, he realizes that the threat is far greater than he had suspected. His loyalties torn, Ariq must distance himself from the fascinating woman he desperately wants to hold closer.

Stunned and hurt by Ariq’s inexplicable coldness, Zenobia prepares to leave the dens and continue her journey to the Red City. But in the smugglers’ dens, danger lurks around every corner, and all of her protection is gone…

Our Review:
*Copy gifted in exchange for an honest review

The third instalment of what is turning out to be a cracking steampunk series. Fans of this author will not be disappointed and it's a fabulous introduction to what is still quite a new genre to many. Filled with incredible world building and often hilarious dialogue this series is an amazing find and one not to be missed!


Ariq is many things ,he is governor of Krackentown, a former soldier and now a man consumed by lust for the perplexing Zenobia Fox! She's survived an airship attack, drowning at sea, death by giant worm and now fights against the incredible attraction for Ariq! Oh he wants her and he's pretty sure that if she were to be brutally honest she would admit the same but Zenobia is not what she pretends to be. She's sending letters written in code and Ariq cannot just stand idly by and allow those he's sworn to protect get hurt .
So the charade continues ...for now! Ariq has agreed to help Zenobia and her friend Helene reach Red City but the danger they all face is catching up. Marauders are attacking and if something isn't done soon the Empress will wipe out all who stand against her. Traveling inland leads Zenobia directly into the path of danger and worse , an old enemy !

So much detail has gone into this book. I am thoroughly riveted by this story and each instalment just ramps up the tension . I've read steampunk stories before so am quite used to the amazing machines and engineering often mentioned but this author has included subjects that astound me , I mean giant worms, zombies? Trust me this series is so original and full of surprises that each page feels like a revelation and it's truly such fun!
Yes there is a romance building but it's part of the story and not just an excuse for the story. I don't know which I'm enjoying the most, the fledgling relationship that's brimming with sexual tension or the incredible world building . No I think I've decided , it's such an amazing ride that I just love it all!

The Kraken King Serial so far...

Posted by LITERAL ADDICTION at 10:54 AM