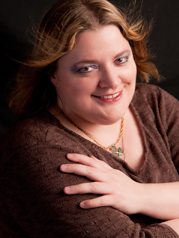 Jean Johnson currently lives in the Pacific Northwest, has played in the SCA for 25 years, sings a lot, and argues with her cat about territorial rights to her office chair. She loves hearing from her readers, and has a distinct sense of humor. Right now she's living in a home with zone heating & decent plumbing, but hopes to some day put turrets and ramparts on it so that it looks like a castle. 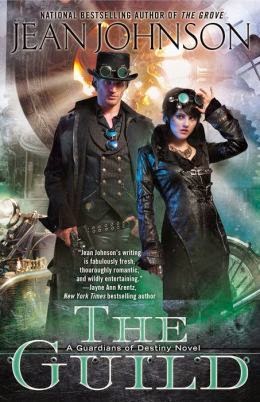 The Guild
GUARDIANS OF DESTINY Book #3

THE NEW GUARDIANS OF DESTINY NOVEL

Cult’s awareness, it shall rise:
Hidden people, gather now;
Fight the demons, fight your doubt.
Gearman’s strength shall then endow,
When Guild’s defender casts them out.

For centuries, the mages of Mekhana have done their best to hide themselves and their powers from the rapacious needs of their so-called Patron Deity, Mekha. Greatest of their secrets is the Vortex, a Fountain hidden in the heart of the Hydraulics Guild. But even after the dissolution of Mekha and the freeing of his people, Alonnen isn’t ready to reveal his guardianship to outsiders. Particularly when the remnants of Mekha’s priesthood start looking for a new monstrosity to worship.

Rexei has hidden more than her powers for most of her life; she has also hidden her gender, wary of the hungers of the old priesthood. Only in the safety of the Hydraulics Guild’s innermost secrets can she be herself. While the rest of her people struggle to reinvent themselves and find a deity they can trust, Rexei struggles to trust just one man, the Guardian of the Vortex. Events are moving fast, though; the priesthood is desperate for any new source of power, even a demonic one that requires certain sacrifices to access.

For those who love this authors Sons of Destiny books comes a new series that grants a peak into the world that's intertwined with it. It's not essential to have read Sons of Destiny first but this new series which is so closely linked with it adds greatly to the enjoyment. Filled with the authors trademark world building The Guardians of Destiny is finally hitting it's stride with this the third installment .


The citizens of Mekhana have tried for centuries to hide and protect their Mages from the ravenous and destructive God Mekha. Now he's disappeared and it's finally time for a new beginning for all the people but without a patron God or Goddess who will lead them! Change is coming and it's time for peace to come to their troubled land but with a new Convocation amongst the Gods nothing is certain .

Rexei has done her best to remain hidden in plain sight since she saw her mother cruelly taken by evil priests under the protection of Mekha. She's a Mage who hides her power as she knows they would try to drain her magical abilities but she's found a way to survive. Rexei pretends to be a young boy but has never found any where safe enough to stay for very long. She's been working for the priests but with the city in turmoil finds herself in the spotlight and taken to meet the Mage Guild master who has remained hidden within the confines of the Vortex that he guards . It would appear that he now seeks information that Rexei might have.

Rexei is unprepared for Alonnen, he's much younger than she expected the Guild Master to be and far more powerful. He's also far more approachable than other high ranking men she's met and her reactions to Alonnen confuse Rexei. Whilst working for the priests Rexei overheard talk of summoning Demons and Alonnen knows of prophecies that foretell of widespread destruction if that's allowed to happen. The priests are desperate to cling onto the power they've previously wielded and will risk everything but what if they too are being used? Power is an evil taskmaster and corruption can seep into your soul but somehow Alonnen and Rexei must find a way to stop the ultimate sacrifice before it's too late .
This is another amazing piece of fantasy from this deservedly popular author. Her world building is just amazing . As I read this I found myself yet again trying to imagine the people and places described and there's an awful lot happening here. Gods and Goddesses although mentioned do not take centre stage in this book no that's left happily to the human characters. As for the characters Rexei stands out simply for her survival skills ! She's a young woman who is multitalented and constantly reinvents herself and yet she's a contradiction too as her innocence and naïveté make her a sympathetic character . She's someone who the reader can get behind and the scenes where she stands up for what she sees as right will have you cheering. Definitely a mouse that roars!

As for Alonnen I found him to be a quietly confident hero with a quick wit and unafraid to be decisive. I also found his sensitivity towards the heroine Rexei to be quite sweet if honest and that leads me to the question of romance . There is a relationship within this book but it's not forced down the readers throat, instead it's allowed to grow at a steady pace which given Rexei's past makes sense. Fantasy romance at it's best.

Lovely evocative writing style that pulls you in. Likeable characters and interesting supporting ones too! Unique story but I'd like to see more from the Gods as each book is building a picture that is still incomplete for me. Completely different to the other books I've read by Ms Johnson and I love that she can keep surprising me. Recommended.

Posted by LITERAL ADDICTION at 10:18 AM