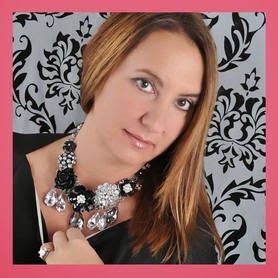 From the author Kim Karr:

I live in Florida with my husband and four kids. I've always had a love for reading books and writing. Being an English major in college, I wanted to teach at the college level but that was not to be. I went on to receive an MBA and became a project manager until quitting to raise my family. I currently work part-time with my husband and full-time embracing one of my biggest passions—writing.

I wear a lot of hats! Writer, book-lover, wife, soccer-mom, taxi driver, and the all around go-to person of the family. However, I always find time to read. One of my favorite family outings use to be taking my kids to the bookstore or the library. Today, my oldest child is in college and my twins are juniors so they no longer go with me on these outings. And although I don't need to go to the actual store anymore because I have the greatest device ever invented—a Kindle, I still do. There's nothing like a paperback. So now my four year old and I make dates out of going to the bookstore--it's time I love and cherish.

I like to believe in soulmates, kindred spirits, true friends, and Happily-Ever-Afters. I love to drink champagne, listen to music, and hopes to always stay young at heart.
I hope you enjoy reading them as much as I enjoyed writing them.

MUSIC HAS THE POWER TO HEAL ALL…BUT NOT ALL BROKEN HEARTS CAN BE MENDED.

Always in control, Xander Wilde considered life on the road to be a perfect fit for him. But when disaster strikes on the Wilde Ones’ latest tour, fate intervenes…and a newly single Ivy Taylor, the only girl he has ever loved, steps back into his life.

After moving past her painful breakup with Xander years ago, Ivy was poised to become the next big name in pop music…when suddenly she withdrew from the limelight—the same day she announced her engagement to her controlling agent, Damon Wolf.

Xander knows he should keep his distance. But once they’re on the road, he can’t resist pursuing her for a second chance. Yet a jealous Damon can’t let her go—and he’s keeping dangerous secrets that could destroy them all.

When the three of them come together, everything falls apart. But if Xander and Ivy can hold tight to the bond that connects them, they just might have a chance at reclaiming the powerful love they thought they had lost forever...

The third book in this series that features the lives and loves of those connected with the Wilde Ones rock band . It's finally the turn of manager Xander to step up and have his story told. He's a controlling guy who has been a constant presence in previous books and with this book the author starts to fill in all the blanks about just why he sometimes acts the way he does. This rock and roll lifestyle may not suit all but Xander was clearly born for it!
This story starts with a glimpse of a younger teenage Xander and Ivy the only woman that he has ever loved. Theirs is a poignant story of love lost when painful sacrifices were made but they are about to reconnect with a bang! Thrown back together Xander realises Ivy is desperately unhappy with her current circumstances . She's engaged to Damon Wolf but he's a man with many secrets and his checkered past is about to cause unrelenting misery for Xander.


Back on the road Xander finds it impossible to hide his feelings from Ivy but he realises that his past mistakes make it difficult for her to trust him again. Ivy struggles to ignore her feelings for Xander but sometimes it's impossible not to reach out and grab at happiness. For Xander there is no doubt that Ivy should be with him but Damon Wolf clearly has other ideas and he's not a man to let go easily!

This story is set in a rock and roll world that will appeal to many readers. A wild lifestyle that many aspire to but seldom attain. These characters travel constantly and maintaining relationships is never an easy thing to do. Xander is a guy who strongly feels he should protect those he cares about and by doing so he has previously made choices that have hurt both himself and Ivy .i thoroughly enjoyed the insight into his younger self and how he felt about Ivy but didn't really understand all his previous actions. Its a storyline that has a lot going on and it's quite a convuluted plot as we learn much more about Xander and his family. There is a huge secret that's hinted at near the beginning but when it's revealed this reader truly was amazed . I really just didn't see it coming!

It's a very hot book with lots of sexy time, but I found Ivy to be a little shallow at times and just wanted more from the heroine. I get that she's trying to do what she believes is right but her naïveté just felt wrong. I guess I just enjoy pretending that I'm in the book myself and she wasn't a character that I wanted to be although she does get to spend time with the sexy Xander. He's a hero who just fails to see any fault in the woman he loves which makes him quite endearing . As for Damon well he's defiantly the villain of the piece but I found him to be a little too far fetched and lacking any real character development. Although he really is a nasty piece of work !

I found this book worked quite well as a standalone but if you enjoy reading about hot rockers with twisted crazy love lives then maybe start with Connected which is the first in this series.

Posted by LITERAL ADDICTION at 6:56 AM