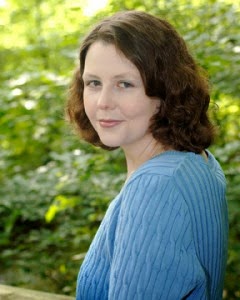 Jennifer is a Southern girl. She’s sassy, sarcastic, and yeah…just a tad bit crazy. ;-) She spent her childhood doing normal kid stuff—playing, hanging out with her friends, and making up wild stories in her head.

She quickly fell in love with reading and books and devoured fairy tales, fantasies, adventure stories, mysteries, romances, westerns and just about anything else she could get her hands on while her mom encouraged her obsession by taking her to the library every week.
The more she read, the more she thought about writing her own stories. She wrote a few poems and short stories over the years, mainly for class assignments, and somewhere along the way, she realized that she wanted to write for a living.

She majored in English because of her love of books, but seriously wondered what she could really do with an English degree. She worked with the college newspaper and discovered she could write stories and make a decent living. Since she realized that, she has earned a bachelor’s degree in English and journalism, and a master’s degree in professional communications. Currently, she’s a full-time author.

Jennifer’s ELEMENTAL ASSASIN series focuses on Gin Blanco, an assassin codenamed “the Spider” who can control the elements of Ice and Stone. When she’s not busy killing people and righting wrongs, Gin runs a barbecue restaurant called the Pork Pit in the fictional Southern metropolis of Ashland. The city is also home to giants, dwarves, vampires and elementals – Air, Fire, Ice, and Stone.

In addition to the ELEMENTAL ASSASSIN and MYTHOS ACADEMY series, Jennifer is also the author of the BIGTIME PARANORMAL ROMANCE SERIES. The BIGTIME books feature sexy superheroes, evil ubervillains, and smart, sassy gals looking for love.

Jennifer has worked as a features writer and page designer for a Pulitzer Prize-winning newspaper and has more than 10 years of journalism experience. She’s a member of RWA, Science Fiction and Fantasy Writers of America and other writing groups.

Her books have been featured in Cosmopolitan, Entertainment Weekly, Southern Living and a variety of other publications. 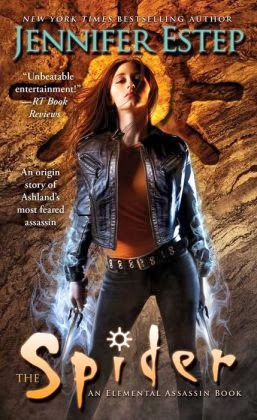 The Spider, book #10 of the ELEMENTAL ASSASSIN Series
by Jennifer Estep

The tenth book in the bestselling and “outstanding” (Romantic Times) Elemental Assassin urban fantasy series finally reveals for the first time the origins of Gin Blanco’s career as the deadliest of assassins.

For the first time, the origins of Gin Blanco’s career as the deadly assassin “the Spider” are revealed in full. In a story that pre-dates the other nine books in the series, Gin Blanco goes through her paces to become the most feared assassin in the Ashland.

This series is Urban Fantastic at it's very best! A world not unlike our own is explored, but the addition of magic and supernatural creatures adds to the fun. This is a series well worth reading from the beginning, but this - the 10th book - is a prequel of sorts, so in many ways, a good place for new readers to start.

Although the story begins in the present, the author has cleverly allowed the lead character Gin to take a trip down memory lane and what an intriguing journey it is. Gin is an assassin who is known as The Spider. She is very unusual, as she can control not one element, but two - Stone and Ice. Trained by the notorious Tin Man, she has learned to be careful about the hits that she takes on, but she wasn't always as honed in her abilities and in this book we get to peek at her past exploits and realize jus how far Gin's journey has taken her.

The Tin Man had given Gin an assignment, but something just didn't quite make sense. If the information they'd been given was correct, why did it seem as if something or someone was off? The younger Gin is more trusting and possibly a lot more naive, but her deadly skills are never in doubt. Gin's target seems to be a straight forard one, but she makes a costly mistake, and it's one that she could live to regret. Heartbreak and death can sometimes be linked!

Love this tough heroine that Ms. Estep writes about, but in this book we get to see a different side of her, which just opened her up even more.

Loving that some of the regular characters in the series popped up as it added to the fun, and it's really nice to get inside Gin's head and see through her complicated layers.

The ELEMENTAL ASSASSIN series is never afraid to tackle revenge, and Gin never shies away from it either.

If you are looking for a heroine whom is never afraid to be brutal, then you will lap up these books! A world of magic that is seldom black or white, and full of action and danger. There's humor in these books as well, but most of all, the author always gives her readers a fabulous story. Go get yours!!

Posted by LITERAL ADDICTION at 7:34 PM No comments: 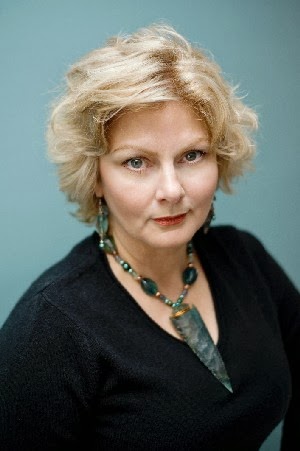 Under the pen name Gwen Hunter, she writes action-adventure, mysteries, and thrillers. As Faith and Gwen, she has 20+ books in print in 28 countries.

Hunter fell in love with reading in fifth grade, and best loved SiFi, fantasy, and gothic. She decided to become a writer in high school, when a teacher told her she had talent. Now, she writes full-time and works full-time in a hospital lab, (for the benefits) tries to keep house, and is a workaholic with a passion for travel, jewelry making, white-water kayaking, and writing. She and her husband love to RV, traveling with their dogs to whitewater rivers all over the Southeast. 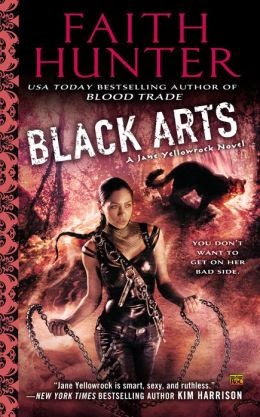 Synopsis:
Jane Yellowrock is a shape-shifting skinwalker who always takes care of her own—no matter the cost...

When Evan Trueblood blows into town looking for his wife, Molly, he’s convinced that she came to see her best friend, Jane. But it seems like the witch made it to New Orleans and then disappeared without a trace.

Wow fans of this series are going to be falling over themselves to read this book.

This installment of the Jane Yellowrock series will tie up unfinished business and give answers that Faith's numerous fans are dying to have, but it's also a lynchpin as to just where this character's journey is going.

This book is by no means an easy standalone novel and is probably best read as part of a series starting with Skinwalker. If you are looking for urban fantasy and a heroine with heart then look no further.

Jane's life as a vampire hunter is finally making sense. Those around her now know of her heritage and abilities and it's strangely liberating to finally show her true self. The only true blot on the horizon is her bust up with her best friend and witch Molly but then again Jane did kill Molly's sister so that's probably to be expected, right? Well actually no as Molly's husband Evan has turned up worried that his wife has disappeared and swearing that Molly had understood and was trying to forgive Jane. Evan is convinced that Molly was on her way to see Jane but she hasn't arrived and the trail has gone cold. Janes not going to leave her friends in the lurch and starts to investigate. Whilst trying to find out if Molly is safe Jane gets a call from the local vampires asking her to investigate the disappearance of two of their working girls. It's not a request Jane can easily refuse but when she meets up with Leo the Master of the City and he needs her to work at beefing up security at an important gathering he's arranged things start to get a lot more complicated. Is it possible that there's a connection between the missing person cases? It could all be a coincidence but vampire politics are very complicated and the world that Jane inhabits is full of danger.

I've only recently started to read this series as I spotted a novella set in this world in Kicking It and thoroughly enjoyed it. I've had to rapidly catch up and I'm so pleased I finally started reading these books. The character Jane leads a complicated life and a lot of this book is inside Janes head as we are treated to the internal dialogue that she has with her inner Beast.

I love Beast! They hardly ever agree but when they do things get done . Beast has very strong ideas about those around Jane but just like Jane is über protective of those deserving it. This was quite an emotional read at one point as Janes love life seems to be at a huge turning point and it's a pivotal moment. I fear there will be readers shouting at their books in disgust but I did say that Jane's life was complicated!

Although I really enjoyed this I somehow still wanted more. It's a very good book and the writing standard is excellent as always but for me a little more action initially would have been appreciated. For that reason I'd rate this a four and a half.

Posted by LITERAL ADDICTION at 8:57 AM No comments: