[Archive] LITERAL ADDICTION's Review of Vacation With a Vampire

Michele Hauf, Kendra Leigh Castle & Lisa Childs
Michele Hauf has been writing romance, action-adventure and fantasy stories for over nineteen years.  Her first published novel was “Dark Rapture”.
France, musketeers, vampires, and faeries populate her stories.  And if she followed the adage ‘write what ou know’, all her stories would have snow in them.  Fortunately she steps beyond her comfort zone and writes about countries she has never visited and creatures she has never seen.
The proud creator of the BEWITCHING THE DARK, WICKED GAMES, OF ANGELS AND DEMONS, CHANGELINGS, THE NETWORK, THE SAINT-SYLVESTRES, and THIS WITCHERY series, Michele continues to amaze release after release.
You can find her online at her Website, on Facebook, Twitter, and GoodReads.

Kendra Leigh Castle was born and raised in the far and frozen reaches of northern New York, and then ran away with a handsome young Navy fighter pilot, which means that she’s spent the last thirteen years moving all over the country. She began her writing career in the high desert of Nevada, but now lives in Maryland with her husband, their three children, a Pekingese, two Newfs, and an obnoxious Siberian cat. Kendra can usually be found curled up with her laptop and yet another cup of coffee, and loves to hear from her readers! A 2011 RITA finalist for her book RENEGADE ANGEL, she is currently hard at work on the next in her DARK DYNASTIES series.

Kendra is also the proud creator of the MACINNES WEREWOLVES series. 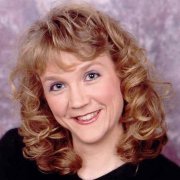 Lisa Childs  wanted to be a romance writer ever since she read her first romance novel (a Harlequin of course) at the age of 11.  The youngest of seven siblings, she holds family very dear in real life and her fiction, often infusing her books with compelling family dynamics. With over thirty novels published with Harlequin Books, Lisa is living her dream.   She is an award-winning, best-selling romance author and loves to hear from readers.  She lives in west Michigan with her husband, two daughters, a twenty-pound Siamese cat and a five-pound Chihuahua.

Lisa is the proud creator of the WITCH HUNT, WEDDING PARTY and CITIZEN’S POLICE ACADEMY series as well as numerous single titles.

Everyone needs a break sometimes, especially during the summer. After all, what’s more relaxing, and more romantic, than a midnight stroll through Paris? Or the way the moon reflects off the ocean? And if your mesmerizing, sexy date happens to be ready to nibble your neck, who would want to say no?

Vacations are a perfect time to indulge, so why not spend a little quality time with these immortal hunks in three luscious tales of hot getaways. Treat yourself to a little bit of summer moonlight with these tales brought to you by Michele Hauf, Kendra Leigh Castle and Lisa Childs.
Our Review, by LITERAL ADDICTION's Pack Alpha - Michelle L. Olson:
Our Review by LITERAL ADDICTION’s Pack Alpha – Michelle L. Olson:
This was a great anthology.  Michele’s story was worthy of an immediate double read for me.  I was glued to the pages of Kendra’s tale and will more than likely read that one again as well, and Lisa’s closer had an interesting spin that rounded things out nicely for the book.  All in all, it was a very engaging read. J
Stay – Michele Hauf
Lucian is a Parisian vampire running an antique shop and enjoying life.  After helping out a friend with a spell and donating some blood, he decides to take from the customer waiting for him outside of his shop door when he arrives back at work.
Magen is on holiday in Paris trying to kick up her heals and fantasizing about a lucid affair with a sexy Frenchman.
When the two come together there’s instant chemistry and between danger, romance and revenge, Magen is swept off of her feet by the sexy Frenchman she’s always dreamed of and Lucian finds himself wanting to do something he’s never wanted to do in his VERY long life… actually ask someone to stay.
Vivi and the Vampire - Kendra Leigh Castle
Justin, the workaholic king of the vampires is forced into taking a vacation by his sister.  Immediately upon arriving he’s forced right back into work by bringing one of his vamps in line and stopping an attack.
Vivi is a Hunter attempting to enjoy some time away without vampires.  That doesn’t last long though, and she’s immediately forced into a confrontation with not 1, but 2 vamps and then saved by a 3rd.
2 unlikely allies, they decide to work together and because they’re both on vacation and rules shouldn’t apply, decide they might as well get to know each other a little bit better as well.  Their ‘vacation’ proves interesting however, and there is danger lurking around every corner.  Torn between the undeniable feelings for one another and their learned natures that are hard to ignore, theirs is a relationship full of excitement.
Island Vacation - Lisa Childs
Piper won a vacation through her work lottery and since she had never been on vacation she figured why not.   It worried her a bit though, as she’s been sort of in hiding for the last several years and she was afraid of blowing her cover and being thrown back into her waking nightmare.
Roarke is a vampire bent on revenge. When he thinks he’s found the person who deserves his wrath he plans a scheme to get her in his clutches.
The relationship between these two was explosive. A case of mistaken identity (or is it?), a tragic history that was put to rest (or was it?) and two people who are forced to confront the darkest parts of themselves and each other while uncovering some long buried secrets and diabolical plots.
LITERAL ADDICTION gives Vacation With a Vampire 4 Skulls.

Vacation with a Vampire 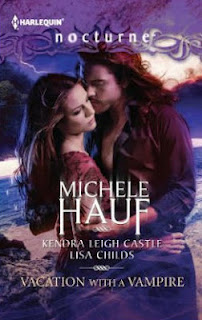