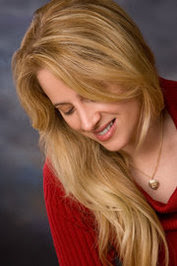 Heather Killough Walden is a California native currently living in Texas with her husband and child. She is the New York Times bestselling author of the Big Bad Wolf series. Heather’s educational background includes religious studies, archeology, and law. She has traveled all over the world but hopes to one day live in a town with a world-class hockey team. (Let’s Go Pens!)

Synopsis:
Jason Alberich wears the crown of the sovereign of the warlocks, a dark breed that uses darker magic. He wears it well, skillfully wielding a power that would corrupt others. Yet he has paid the price for his control, bearing the scars of a time when his power had control over him. He is haunted by the regrets of a shady past and now lives each day and night with an isolated soul.

Chloe Septeran is an Akyri like no other. A member of a race that must depend upon warlocks for sustenance in exchange for servitude, Chloe runs from the dark magic users, choosing instead to live free of their hold. She has existed empty and “hungry,” but stubbornly free of the warlock’s dark embrace. However, now the fates have chosen to bring her running to a halt, as the 13 Kings each discover their queens – and the Warlock King discovers his.

A mighty power is awakening, wreaking havoc on the supernatural world. The 13 Kings, their queens, the werewolf nation, and the witch covens with their high leader, Lalura Chantelle, must band together and stand strong in the face of a dawning nightmare that threatens the very fabric of all they hold dear… and from which none may escape.

Our Review, by LITERAL ADDICTION's Pack Alpha - Michelle L. Olson:
This series grabbed me from book #1, but this was, without a doubt, my favorite installment of the saga thus far!

Immediately upon finishing the book all I could do was shake my head and say "Sheer brilliance; Heather Killough-Walden does it again!"

Let me start by simply saying that Heather is a true artist! She paints a vivid fantasy landscape with words, intertwines it with reality, and delivers it with heart and poetic prose. Her worlds are incredibly thought out and unique, her characters robust and engaging, and her story arcs full of mystery, intrigue, romance, and emotion. Unlike some other authors where I find I don't even think about them while reading the story, it's hard to ignore the sheer amount of 'self' that Heather puts into her writing and her incredible tales, and it just makes me - as a reader - feel even more privileged to read her work.

O.K, on to the tale at hand (though if you follow my reviews, you know I don't do spoilers!)...

Our hero (the incredibly powerful Warlock King) and heroine (an Akyri fighting against her base nature of having to live off of the power of Warlocks) met very briefly earlier in the series via simple yet electrifying eye contact across a crowded street. It was obvious, even in that split second, that there would be something special there. Chloe was dealing with her own personal issues, however, and Jason was helping the other 12 Kings in their fight against those that sought to destroy them, so it was also evident that fate would not be satisfied immediately.

Throughout their action/mystery/romance/tension-filled journey towards one another in The Warlock King, we learn that there is way more to Chloe AND Jason than meets the eye and/or that we were made privy to earlier in the series, and all of that coupled with the continuing story arc of the series itself made for some pretty amazing reading.

This is an important book of the series. It wasn't completely and solely about Jason and Chloe. We got glimpses into the continuing storylines of our hero and heroine (the Vampire King and Queen) from book #1, the Phantom King and Queen from book #2, as well as introductions to several of the other Kings. Heather also gave us additional information regarding our villains (complete with some pretty heady surprises!) and a slight sneak peek into what we might expect in the fight to come (though with Heather, you always get more than you think!). :)

I know that is incredibly vague and that you are all probably groaning right now in frustration, but I don't know how else to gush without giving things away.

To sum up... LITERAL ADDICTION gives The Warlock King a VERY well deserved 5 Skulls and would recommend it to everyone! And while the book stands well on its own, I would strongly urge you to read the entire series in order to get the most out of it, and simply because every book so far has been absolutely incredible! 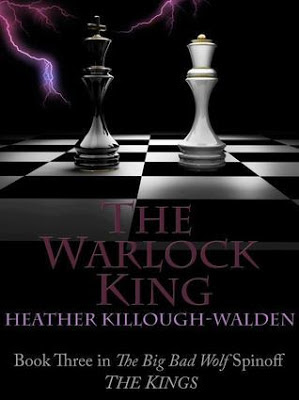 Posted by LITERAL ADDICTION at 4:55 PM No comments: 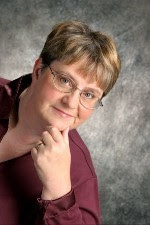 Alexis Morgan grew up near St. Louis and received a B.A. in English from the University of Missouri-St. Louis. She and her husband have made the Pacific Northwest their home for more than thirty years, where she launched her career as a writer. She is published in contemporary romance, American West historicals, and currently writes paranormal romances for Pocket Star and Silhouette Nocturne. Her book, Darkness Unknown, is a finalist in the RITA's, the top award in the romance genre.

They are cursed by the gods, and war is their salvation. Love is their deliverance.

For centuries, five legendary warriors have braved battles shoulder to shoulder. But now they must divide and conquer as lone champions against evil.

Duncan, a scholar at heart, is drawn to an isolated abbey rumored to hold the answers to countering the terror unleashed by Duke Keirthan. Inside the cloistered walls lies the hidden collection of forbidden lore on dark magic. But the real key to the salvation Duncan seeks—both for the people of Agathia and his soul—is the abbess herself, Lady Lavinia. Hunted by the duke, who seeks to harvest her powers, Lavinia knows Duncan wants to help her. But can she trust the tortured warrior with her secrets?

In the end, it is only by joining forces that they can save not only those they are sworn to protect but each other.

Our Review, by LITERAL ADDICTION's Pack Alpha - Michelle L. Olson:
I'm a fan of Alexis Morgan for sure, but this series is absolutely incredible, and Her Knight's Quest was truly special - it's full of fabulous characters, a continually engaging storyline, an enchanting world, and I absolutely loved it!

I'm not a historical romance reader. Heck, I just read my first non-paranormal romance the other day and I read A LOT! I'm an urban fantasy/paranormal romance/fantasy/horror-thriller girl, and yet, I was completely engaged by this book and would have been very sad if it didn't have the historical aspects that it did. Alexis paints a truly beautiful tapestry and weaves the 2 genres together wonderfully thus creating what I hope is a new recognized sub-genre.

This second installment centers around Duncan, the scholar/warrior of the Damned. The Damned are warriors who act as avatars to their Goddess, and come to the aid of those in need when summoned. The rest of the time they slumber under the river. Their full story is revealed in the 1st book of the series, My Lady Mage, though you can get a good idea from the intro to Her Knight's Quest and the tidbits that are revealed throughout, therefore making the book work just fine as a stand-alone.

Our heroine, Lavinia, is an earth witch with a heady secret, hiding from her past by running an abbey and guarding a precious library.

Together they make an incredibly powerful couple. Duncan has magick in his blood but his Goddess and the rest of the Damned do not trust magick, and Lavinia has always been independent and looked out for herself and those she cares about so it's hard for her to give in and let Duncan care for her.

Aside from the incredible story, the utterly loathable villain and his cronies, and the powerful romance that blooms between Duncan and Lavinia, we get to see how things are going with Captain Gideon and his lady love Merewen (the power couple from book #1), and are brought into the budding interests between Murdoch and Lady Alina (who I'm assuming will be the leading couple in book #3, but I could be wrong), so there are plenty of side stories to go around and make the entire book robust and enjoyable.

LITERAL ADDICTION gives Her Knight's Quest 5 Skulls and would recommend it and the entire WARRIORS OF THE MIST series to all Paranormal Romance and Historical Romance fans. It's beautiful and I can't wait for the next book! 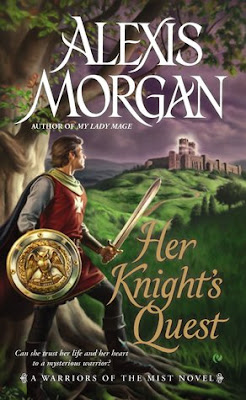 Posted by LITERAL ADDICTION at 1:02 PM No comments: