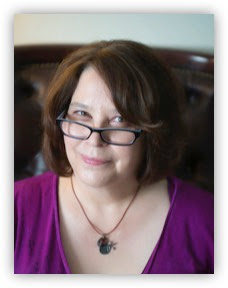 Rachel Caine is the New York Times, USA Today, and #1 internationally bestselling author of more than fifty novels, including the #1 smash hit bestselling thriller Stillhouse Lake, the internationally bestselling Morganville Vampires series, the Great Library series, the Weather Warden series, the Outcast Season series, the Revivalist series, and the acclaimed YA novel Prince of Shadows. The pilot for the crowdfunded show MORGANVILLE is now available on Amazon Prime as streaming video.Rachel is very pleased to have participated in DEAD AIR, a new combined project from acclaimed producer/publisher Serial Box, cowriting episodes with Gwenda Bond and Carrie Ryan. The project launches in August 2018.She was born at White Sands Missile Range, which people who know her say explains a lot. She has been an accountant, a professional musician, and an insurance investigator, and ultimately a corporate management executive before leaving to write full time. She and her husband, comic historian/actor/artist R. Cat Conrad, live in Texas. 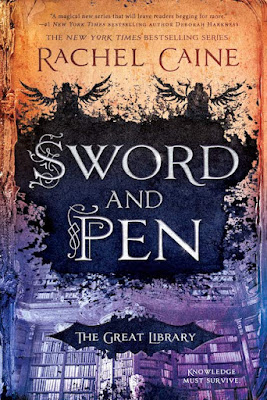 Sword and Pen
The Great Library #5


With the future of the Great Library in doubt, the unforgettable characters from Ink and Bone must decide if it's worth saving in this thrilling adventure in the New York Times bestselling series.

The corrupt leadership of the Great Library has fallen. But with the Archivist plotting his return to power, and the Library under siege from outside empires and kingdoms, its future is uncertain. Jess Brightwell and his friends must come together as never before, to forge a new future for the Great Library...or see everything it stood for crumble.


Sword and Pen, the fifth and final book in Rachel Caine‘s Great Library series, is a must read. For those of you who are up to date on the series, you’ve probably been waiting on pins and needles. I know I have.

This series is an alternate-history fantasy. The turning point is the great library at Alexandria is not burned; however, the series is set in modern time. Knowledge is power, and power corrupts.

You need to read the series in order. If you haven’t started yet, just get them all, you won’t want to stop.

Ms. Caine has developed amazing characters with unique relationships throughout the series. As in real life, not everything is perfect, and not every ending is tidy. While I don’t think anyone is ever happy when a series ends, I don’t feel at all unsatisfied with this finale. On the plus side, the author does tend to revisit favorite characters in short stories on her website. If this is news to you, enjoy! There is a wealth of free reading material.
LITERAL ADDICTION gives Sword and Pen 5 skulls and highly recommends both it and the entire series to readers of YA, Dystopian, Urban Fantasy, lovers of history, and anyone just looking for some fabulous entertainment.

Posted by LITERAL ADDICTION at 3:26 AM No comments: