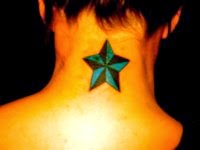 SE Jakes writes m/m romance. She believes in happy endings and fighting for what you want in both fiction and real life. She lives in New York with her family and most days, she can be found happily writing (in bed). No really…

Truth be told, the best way to contact her is by email or in blog comments. She spends most of her time writing but she loves to hear from readers!

S.E is the proud creator of the MEN OF HONOR, EXTREME ESCAPES LTD,DIRTY DEEDS, PHOENIX INC, and HELL OR HIGH WATER series. 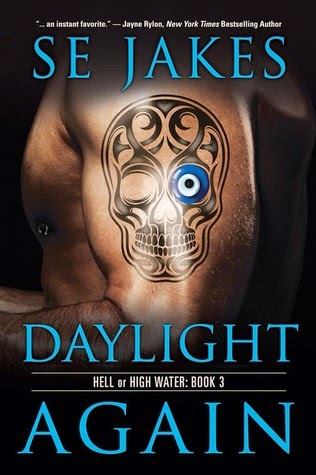 Before Prophet Drews can have a future, he must first put his past to rest.


Prophet Drews is a man on the edge, and he’s pulling Tom Boudreaux, his partner on the job and in real life, right over with him. When his old CO calls in a favor, Prophet asks Tom to join the off-the-grid rescue. But the mission raises all of Prophet’s old ghosts: CIA assassins, the terrorist Sadiq, and most importantly, John—traitor, former teammate, and Prophet’s first love.


To help bury those ghosts for good, Prophet and Tom gather the members of Prophet’s former SEAL team … and a spook named Cillian who’s been tailing Prophet for years. In the process, Prophet is forced to face his team’s shifting loyalties, ghosts who refuse to stay dead, and scariest of all, his own limitations.

With everyone’s lives in danger, Prophet and Tom must unravel a tangled knot of secrets, including their own. Prophet must decide how much to reveal to Tom, while Tom must decide how far he’s willing to go to help Prophet lay his ghosts to rest.

Our Review, by LITERAL ADDICTION's Devilish Diva - Shawnie:
It's not often that a book can hit any of my emotional personal points, and even rarer for a book to hit all of them, so imagine how I was feeling after I put Daylight Again down... I sat on the floor and dazed for a while, letting it all run through my mind, wrapping me up and making me accept what was probably inevitable. I fell with Daylight again, fell so hard I didn't know what to do, but I didn't fall for Tommy or Prophet, although they do hold a very special place in my oversized heart.

Daylight Again is set maybe six months after the events that transpired in New Orleans with Long Time Gone. Tommy and Prophet have hit the "Shiny" stage of their relationship where they have stopped fighting what their hearts and bodies want. They are comfortable and as you know comfortable never last long, its a calm befored the very real emotional #@$# storm.

It's time for a small, O.K a large portion of Prophet's past to leak out and when I say leak, I really mean it's going to be like the rapids and there will be no way for you to slow your raft or save your heart. There is no life boat and your only options are to sink or swim.

With this book Prophet is forced to open old wounds and let Tommy in, which he doesn't want to do. Prophets first instinct is to protect those he loves, but those he loves won't accept that. He's got to let Tommy in, because his man won't except anything less, not if they are going to survive and make it to the light. In order to stand in the sun together they first have to do demolition work on the walls in their collective way.

When Daylight Again starts S.E pushes us right into a flashback, one that we aren't even halfway ready for, and it won't really hit you until it hits Prophet, which makes it so much more powerful because it festers and you aren't even aware of it. From page one it's an all out emotional #@$# storm that takes you through all the known emotions, there is no reprieve or a life boat. There is no salvaging your tattered heart or stopping the inevible fall into Prophet's & Tommy's minds.

It's not easy being Tommy. He knew #@$# was bad, but he had no idea. Even still but he isn't about to walk or run away from the only man who has ever known all of him. What he and Prophet have is something whole-heartedly amazing and he knows it. It's an uphill battle, but with each step Tommy takes with Prophet the reward is always sweeter. Besides apart they are lethal, but together... together they could take apart the world and put it back together.

Tom & Proph have the CIA on their tails, Cillian making unexpected moves, and friends who will back them up no matter what. What more could these two ask for? Maybe a new kid around the house? LoL. I loved, loved, loved the Mal scenes (majority of you know why.) He is who I fell for, which seems impossible since this wasn't his book, but you get so much from the little interactions we get from him. Besides... *grins knowingly* stranger things have happened.

5 Skulls and a case of C4. Highly recommended!

Posted by LITERAL ADDICTION at 8:24 PM