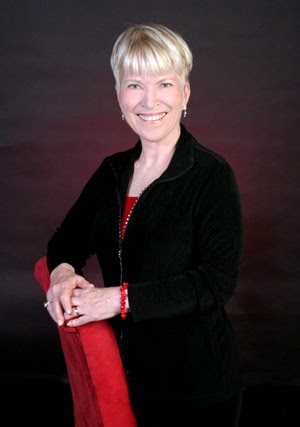 A romance writing career has brought Vicki Lewis Thompson many wonderful things –New York Timesbestseller status, an appearance onLIVE with Regis and Kelly, the Nora Roberts Lifetime Achievement Award from Romance Writers of America, thousands of readers, many dear friends, and the cutest little yellow convertible in the world. Her career has also given her work she loves.

Although she’s written more than 100 books, she continues to be fascinated by the many ways that a man and woman fall in love. The age-old story remains a challenging puzzle to be solved anew with each book. That makes her a very lucky person, indeed. 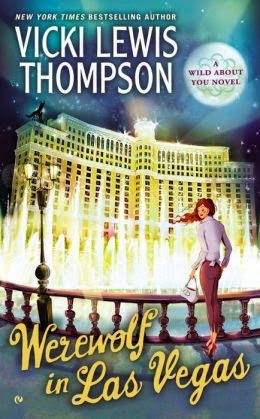 Werewolf in Las Vegas
WILD ABOUT YOU Book #6

Win it all, or lose it all…
Giselle Landry is in Las Vegas to haul her wayward brother back home. But casino owner Luke Dalton is also looking for her brother, who has run off with his little sister. The two should join forces, but Luke is unaware that Giselle’s brother is also fleeing his duties as the future alpha of the Landry werewolf pack—which includes his Were bride.

The Landrys don’t believe in Weres mating with humans, and Giselle is no exception. Though Luke is wealthy, gorgeous, and protective, Giselle can’t let herself get close to him, even to solve their shared dilemma. But the tension wears away her resistance, and after a wild night with Luke, she is shocked to find she’s fallen for him.

But Luke still doesn’t know Giselle’s true identity. And once their siblings are found, Giselle must return to San Francisco. Can they overcome the odds—or will what happened in Vegas stay in Vegas?

Book six in the Wild About You series and I have to admit this reads pretty well as a standalone novel. If you are new to this authors work then it's a good place to start but if you have been following this series then I'm pretty sure that you will be charmed by this talented authors latest offering.


Luke has recently inherited his fathers property and business in Las Vegas but unfortunately he's also inherited the family feud with a neighbouring hotel owner. It looks as if he can sort out that little problem with a poker game but little does he know he has an even larger problem at home!

Giselle is a werewolf and she's travelled to Las Vegas to find her missing and somewhat wayward brother Bryce. What she finds when she gets there is that Bryce has run off with Cynthia a human female and she just happens to have the most gorgeous brother Luke. He is unknowingly causing huge problems for the secretive werewolf community but that's the least of Giselle's problems!
They decide that teaming up to track down the runaways makes sense but spending so much time together is a lot more challenging than either of them expect. Giselle is aware that sleeping with a human would be a bad idea but something about Luke just calls to her. As they are continuously taunted by Bryce and Cynthia, ignoring their mutual attraction becomes something that Giselle and Luke find impossible but one night will change everything. Giselle knows she will have to leave Luke behind but will she also leave her heart?

This series of books about humans mating with werewolves had eluded me until now .I've read only one other book by Ms Lewis Thompson (Casual Hex) so expected something quite similar with a light tone and a romance. This is still essentially a paranormal romance but there is an awful lot of sexual content which some readers might find off putting. I hasten to reassure that it's all consensual and loving, but for me I would have preferred more storyline and plot.

The hero Luke has to be one of the most sensitive and caring male characters I have read about in a long time and the heroine Giselle is quite savvy and very good at persuading others to see sense which I liked about her. It was interesting to see her get her point across without resulting to any brutish or animalistic behaviour which might be expected from a werewolf. I also found the supporting characters to be very engaging and really wanted more from them so perhaps they will get their own book or books?

I did enjoy this book and it's an easy read that allowed me to just pretend I was in Las Vegas for a few hours. Quite a simple plot idea but it's not always essential to have dark angst ridden tales and a fun book often hits the spot.

If you are new to this authors work then give it a go but remember, what happens in Vegas stays in Vegas!

Posted by LITERAL ADDICTION at 7:54 AM