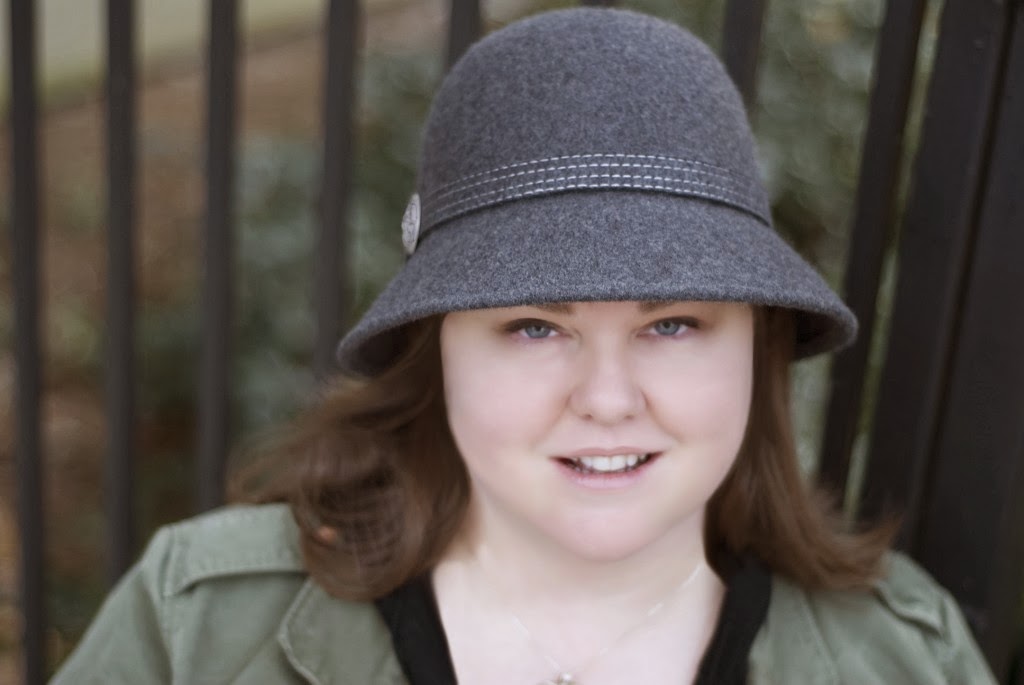 Jenn Bennett is the author of the Arcadia Bell urban fantasy series from Pocket Books and the Roaring Twenties historical paranormal romance series from Berkley. Born in Germany, she’s lived and traveled extensively throughout Europe, the U.S., and the Far East. She currently lives near Atlanta with one husband and two very bad pugs.
Connect with Jenn online at her Website, on Facebook, on Twitter, and on GoodReads. 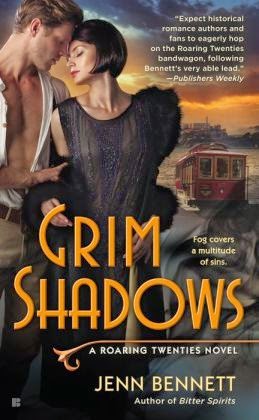 It’s the Roaring Twenties in foggy San Francisco. Prohibition is on, inhibitions are low, and dark magic is rolling into town…

Archaeologist Lowe Magnusson is packing something everyone wants. The djed amulet, a priceless Egyptian artifact, will fetch Lowe a hefty paycheck from one of San Francisco’s wealthiest. But when the handsome Swede runs into his patron’s uptight daughter, what he once considered easy money becomes maddeningly complicated…

Cursed with deadly spirits as her constant companions, curator Hadley Bacall must keep calm to hold her dangerous specters at bay and prevent them from lashing out at anything—or anyone. Trouble is, Lowe is driving her crazy, but her father needs the artifact he’s transporting. While Hadley can feel the amulet’s power, she can’t fathom the destruction—or the desire—it’s about to stir up.

OUR REVIEW:
Prohibition just got sexy! This the second book in Ms Bennetts Roaring Twenties series is set in a San Francisco that's embracing the twentieth century and all that it entails. Filled with action, magic and more than a little romance this series has found it's own niche. Lovers of both urban fantasy, and paranormal romance will lap these books up as yet again the author transports her readers on a voyage of unparalleled discovery. A top notch historical paranormal world to explore!


Lowe Magnusson is trying his hardest to step out of his brother Winters shadow and make a name for himself as an archaeologist but his recent discovery is putting him in danger . He's returning home with a priceless artefact but he's not the only person who wants it. Whilst trying to evade would be thieves he meets the aloof Hadley Bacall whose father just might be interested in purchasing the djed amulet for his museum but something is just wrong. The Amulet is part of something much more sinister and Lowe promises Hadleys father that he will discover the remaining pieces. Hadley is tired of being overlooked because of her sex and insists on helping Lowe but that throws them constantly together and Hadley herself carries a secret and it's one that's just as deadly as what's hunting them!
This was quite a slow pace compared to the previous book Bitter Spirits and took a while to really draw me in but when the action got going boy was it a page turner! A wonderful mixture of Egyptian mythology coupled with fantastic magical creatures! This story just keeps building and adding layers that constantly surprise the reader.
Lowe is such a funny earthy character with more than a little mischief in his soul. He's a young man with a need to find his place but he's just so sexy! His idea to combine touch with food will have you with tears streaming down your cheeks! For me he was a revelation as the author cleverly treated us to his innermost thoughts and feelings and trust me that man has a very fertile imagination!
Hadley is quite a reserved almost aloof character but she's rarely experienced love and acceptance and it's a joy to see her come out of her (very protective )shell and embrace all that life has to offer. She's a strong determined young woman who in many ways feels born before her time but with Lowe by her side prepared to take on any challenge. I think that's the crux of this story as both hero and heroine bring a different perspective and viewpoint into play and the reader gets a glimpse of life before true emancipation .
This is not a gentle romantic story as these are strong characters who come to life on the page ! Theirs is a passionate connection filled with much teeth gnashing and distrust but when they connect you will need to turn a fan on! The heat generated between this couple could set the page on fire!
So this was a story that surprised me and I can't wait to read more. I'm loving that each book in this series takes me on a journey with characters that really seem to come to life. Would I recommend this book? That's a definite yes ! Interesting characters , unique world building , plot driven adventure and hot romance! What's not to love?

Posted by LITERAL ADDICTION at 8:01 PM