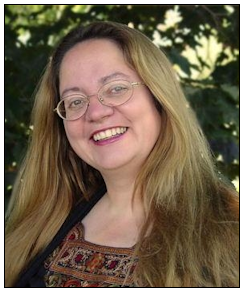 Patricia Briggs, the #1 New York Times bestselling author of the Mercy Thompson series, lives in Washington State with her husband, children, and a small herd of horses. She has written 17 novels to date. Briggs began her career writing traditional fantasy novels, the first of which was published by Ace Books in 1993, and shifted gears in 2006 to write urban fantasy. In Fall 2010, Patricia made another foray into traditional fantasy, when Ace published a revised version of her very first book, Masques (2010), and its never-before-published sequel, Wolfsbane (2010), both of which debuted on the New York Times bestsellers list for Mass Market Fiction.

Briggs also writes the Alpha and Omega series, which are set in the same world as the Mercy Thompson novels. What began as the novella “Alpha and Omega” in an anthology called On the Prowl (2007), was then expanded into a full new series. The subsequent books were Cry Wolf (2008) and Hunting Ground (2009), both New York Times bestsellers. The third book of the Alpha and Omega series is Fair Game (2012) and debuted at #4 on the New York Times bestsellers list. For more information about Patricia Briggs and her marvelous novels, feel free to visit the author on the web at www.patriciabriggs.com. 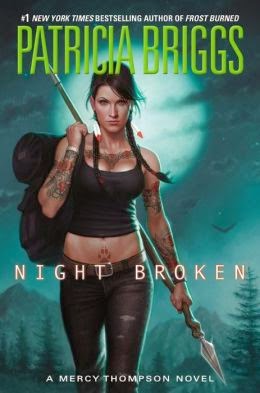 An unexpected phone call heralds a new challenge for Mercy. Her mate Adam’s ex-wife is in trouble, on the run from her new boyfriend. Adam isn’t the kind of man to turn away a person in need—and Mercy knows it. But with Christy holed up in Adam’s house, Mercy can’t shake the feeling that something about the situation isn’t right.

Soon, her suspicions are confirmed when she learns that Christy has the farthest thing from good intentions. She wants Adam back and she’s willing to do whatever it takes to make it happen, including turning Adam’s pack against Mercy.

Mercy isn’t about to step down without a fight, but there’s a more dangerous threat circling. Christy’s ex is more than a bad man—in fact, he may not be human at all. As the bodies start piling up, Mercy must put her personal troubles aside to face a creature with the power to tear her whole world apart.

Our Review, by LITERAL ADDICTION's Devilish Diva - Shawnie:
*Copy gifted in exchange for an honest review

~ I’m thinking that jealously can be used as a form of intuition in relationship situations. We all know that at times jealously can be an irrational emotion that can’t be helped or explained. But what happens when that emotion is NOT irrational and you have good reason to be jealous and maybe even a little worried?

Briggs is at it again, building upon Mercy and laying her character, while still keeping her very much Mercy. This time though, she has to deal with ex-wives who can manipulate people without even trying, Vampire Politics at its finest and a Volcano God who can’t stop killing.
There is always drama of some sort in Mercy’s life and this is no different, Briggs starts us off with something that seemed so harmless, but in the span of a couple words and a page it turns into something that is going to suck very much for our girl Mercy and she knows it. But there isn’t much she can do because there is no way she is going to leave Adams ex-wife to fend for herself against a killer. Seems like an easy “job” for lack of a better term, but this is anything but easy. Soon they are knee deep in a myth about Volcano Gods and his love of the Sun and our hero’s and heroine’s learn that everything isn’t always what it seems and Christy isn’t at all without motives.
We all know that the pack (the females in the pack) don’t care for Mercy because she signifies changes and wolves don’t like change all that much. There is a sort of tentive peace when the book starts that gets smashed to pieces when it becomes plainly obvious that the women want Christy back. Everyone is sucked into the manipulation but Honey, who surprises me in this book and I love her more for her willingness to stick by Mercy and see everything for what it is.
On top of dealing with the ex-wife of her husband, someone very important wants the walking stick back. The issue- Mercy gave it to Coyote and hasn’t seen him since she fought the River Devil. Now she has a week to find and get the walking stick from Coyote before things really get bad. Piece of cake… except for the simple fact that she doesn’t know how to find him and nobody has seen him either. But there may be someone who has the power to get in touch with him for her. Someone with a very big connection to her, that had me smiling and laughing the entire time because he is not what I was expecting – had I been expecting him.

The moments between Adam and Mercy are really sweet and romantic I love them as a couple. I hated that Christy was coming between them and it was obvious that she was, even if only when Mercy was not around and couldn’t be there to defend her turf, although she wasn’t doing much defending because she was trying to not set back all the work she and Adam had done in order to get pack on the Mercy bandwagon.

There was never a lack of action in Night Broken, lots of talking but it wasn’t meaningless or just filler space. Everything that was said and done in this book held a purpose, even if we didn’t know what that purpose was right at that moment. Briggs can weave a story like no other, mixing emotions, actions and drama and evil villains with an ease that we all very much appreciate. We also got to see some old characters, friends, associates and frienemies. Secrets are revealed that were kept from Mercy (for her sanity) and motives from the Vampire seethe come to light. A must read stamp of approval.

Posted by LITERAL ADDICTION at 9:09 AM