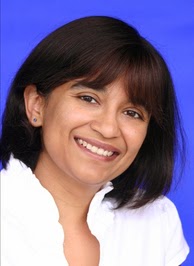 From the author Nalini Singh: I've been writing as long as I can remember and all of my stories always held a thread of romance (even when I was writing about a prince who could shoot lasers out of his eyes). I love creating unique characters, love giving them happy endings and I even love the voices in my head. There's no other job I would rather be doing. In September 2002, when I got the call that Silhouette Desire wanted to buy my first book, Desert Warrior, it was a dream come true. I hope to continue living the dream until I keel over of old age on my keyboard.


I was born in Fiji and raised in New Zealand. I also spent three years living and working in Japan, during which time I took the chance to travel around Asia. I’m back in New Zealand now, but I’m always plotting new trips. If you’d like to see some of my travel snapshots, have a look at the Travel Diary page (updated every month).

So far, I've worked as a lawyer, a librarian, a candy factory general hand, a bank temp and an English teacher and not necessarily in that order. Some might call that inconsistency but I call it grist for the writer's mill. 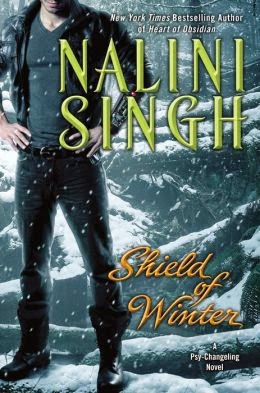 Assassin. Soldier. Arrow. That is who Vasic is, who he will always be. His soul drenched in blood, his conscience heavy with the weight of all he’s done, he exists in the shadows, far from the hope his people can almost touch—if only they do not first drown in the murderous insanity of a lethal contagion. To stop the wave of death, Vasic must complete the simplest and most difficult mission of his life.

For if the Psy race is to survive, the empaths must wake…

Having rebuilt her life after medical “treatment” that violated her mind and sought to stifle her abilities, Ivy should have run from the black-clad Arrow with eyes of winter frost. But Ivy Jane has never done what she should. Now, she'll fight for her people, and for this Arrow who stands as her living shield, yet believes he is beyond redemption. But as the world turns to screaming crimson, even Ivy’s fierce will may not be enough to save Vasic from the cold darkness…

Well here it is the thirteenth full length book in the amazing Psy-Changeling series. It's a series that just keeps building a world populated with strong characters that will leave readers feeling wrung out and breathless. This particular story centers around two very different Psy, Vasic the cold Arrow and Ivy an Empath. Theirs is a journey of two souls on a collision course with no place to hide and it's going to be a bumpy ride!


Vasic is a character who has been dangled by the author in front of her readers for quite some time now and he's possibly one of the most powerful Psy in his unit. He has had a difficult life and being an assasin has taken it's toll . He agrees that now that Silence has fallen his race will need all the help they can get if they are to survive the creeping death that sits within the Net. Vasic accepts the mission of bringing Empaths together in a controlled environment but one Empath in particular Ivy, will quite literally test every shield that Vasic has ever put in place.

I was overjoyed when I got my hands on this book but a little afraid if honest as the idea of two cold Psy being the lead characters sounded alarm bells for me. I'm in the minority in that I didn't particularly connect with those in the previous book "Heart of Obsidian" . So I am a very happy bunny when I say this felt more like a complete story to me. It's a book with a relationship that has a beginning a middle and the possibility of a happy ending. In this harsh world nothing is certain but these two characters will fight for what they believe to be right. It's difficult to imagine living without emotions and always being self contained but the author has a knack for revealing those small differences that make it feel real. Just the idea that a simple hug would be out of place brings to life a world so cold that it's not difficult to grasp and I'm not surprised that something is starting to snap. A harsh empty reality and yet it's filled with hope as those who realise the dangers are fighting to save the Psy race.
This book is mainly centered around the Psy characters and it's interesting to read about the shy Ivy embracing the possibility that she can thaw out Vasic. She's almost brazen at times and quietly determined to get her man! As for Vasic I think the word honourable is the one that describes him the best. He's also quite amusing at times and his teleporting abilities frequently cause him problems! He clearly is a very passionate guy but has never released that side of himself before but Vasic unabashedly seeks advice from Judd who I know is a favorite amongst many readers.
If the Changelings are your favourite characters in this series then rest assured they still appear in this book but it's quite rightly front and center about the Psy race and all the changes they are going through. The Forgotten are also in the background and I suspect we might learn more about them in future books. The Psy race are quite literally fighting for their survival now and everyone will have a part to play.
So yes it's a romance and Ms Singh's lush prose just flowed . The heroine Ivy has depths and a unique courage that sees her bravely taking on her lethal Arrow. A slow believable romance but it's the incredible world building and story telling that kept me gripped until the last page. There's clearly so much more to come and please could we see more of Aden? The dynamics of this world just keep changing and it's a fabulous ride! This series is best read in order starting with Slave to Sensation but please whatever you do make sure you find time for these books because you will never regret it!

Posted by LITERAL ADDICTION at 8:21 PM