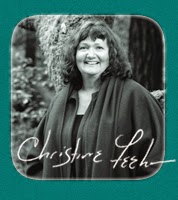 #1 New York Times bestselling author Christine Feehan has over 40 novels published, including four series. Each of her four series has hit #1 on the NY Times. Her debut novel Dark Prince received 3 of the 9 Paranormal Excellence Awards in Romantic Literature for 1999. Since then she has been published by Leisure Books, Pocket Books, and currently is writing for Berkley/Jove. She also has earned 7 more PEARL awards. 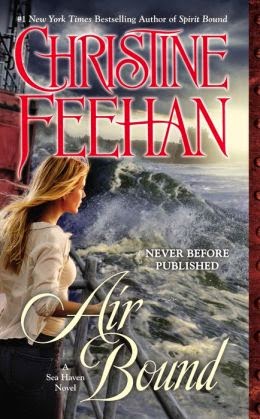 The sisters of Sea Haven, bound by the heart and the magical power of the elements, return in this soul-stirring new novel from Christine Feehan, #1 New York Times bestselling author of Spirit Bound...

For as far back as she can remember, Airiana Ridell has always been aware of her extraordinary gift. She can intuit revealing and illuminating 'patterns' in the air around her-whether in a spray of mist, in billowing clouds, or in the dense swirls of an impenetrable fog. Her abilities led to her placement in a secret government training facility when she was a child, but everything changed after her mother was murdered.

Airiana fled the program, but she couldn't outrun the desperate members of a shadowy cabal who want her, who need her, who will kill to get her. Kidnapped and held aboard a ship bound for dangerous seas, her only chance for rescue is Maxim Prakenskii. He has his reasons for helping her, but he isn't about to reveal them to Airiana. Not yet. Not as the two are drawn together as moth to flame. Not when there are so many secrets yet untold that could shatter the quaint community of Sea Haven and all who reside there...

Our Review, by LITERAL ADDICTION's Vivacious Valkyrie - Marta:
*Copy Gifted in Exchange for an Honest Review

Well, this author has taken her readers back to Sea Haven with this her third book in the Sisters of the Heart series and it's a cracker full of non stop action. Fans of this author were probably bitterly disappointed when her series about the Drake sisters drew to a close but Ms Feehan has managed to find equally magical characters living within the towns limits! This book has been much anticipated and yet again readers are set for an enthralling ride.


Airiana has finally found somewhere safe where she feels she belongs. Somehow fate has seen fit to grace her with the love of true friends who will always stand at her side. Airiana has tried to keep a low profile since her mother was brutally murdered and living in Sea Haven has finally given her a home. Airiana has an amazing gift which paints a target on her back but her friends will fight to protect her if that's what's needed and unfortunately that's what's about to happen!

Maxim is one of the much feared Prakenskii brothers, trained from childhood to infiltrate and remove any target. His latest assignment takes him to Sea Haven where he helps kidnap Airiana but Maxim has his own agenda! Taking the troublesome and very stubborn Airiana far away from her home Maxim tries to convince her that he has her safety at heart but what if it's Airianas heart in danger? Airiana has never before met a man quite like Maxim but can she really trust him? He's dangerous and about to put Airiana through more trials then should be humanly possible but together they just might survive.
I have been a fan of this author since I first discovered her Dark Carpathian series and love the suspense twist that she's putting on this newer series . I wasn't sure just how she could continue to bring fresh life to Sea Haven but have to admit these characters are just so interesting! Airiana whilst quiet and demure has a wicked sense of humour and her courage is astounding! Not all heroines are kick ass but when called for this strong woman makes a stand . As for the hero Maxim he's a bossy and arrogant type but it certainly works in this story. Emotionally scarred and alone he has had to rely solely on himself and trust does not come easy to him. Reading his journey from automaton to lover was heartwarming.
Now I've mentioned the word lover so feel I should broach the sexual content. Ms Feehan always seems to write very sensual stories that can be quite explicit but in this book it feels as if the sex takes a back seat which really works very well. So often various authors play the virgin card and have them literally at it like rabbits and it just doesn't fit! The romance here builds up gradually as the actual plot is much more important (hurray) and indeed when the couple finally get physically close it's not exactly the usual fireworks! Do not misunderstand though there is plenty of heat in this book it's just that the story is chock full of action and really fast paced . There is just so much happening as the author picks up the sex trafficking storyline from previous books and runs with it. Caution though as it's not pleasant. So incredibly strong characters, a storyline that's very emotional , villains who deserve everything that's coming to them and you just know that there's more to come! If I have a gripe it's that it ends quite abruptly but that's just me, no matter how long a book I always want more!

Posted by LITERAL ADDICTION at 7:46 PM