[Archive] LITERAL ADDICTION's Review of Touch of the Wolf 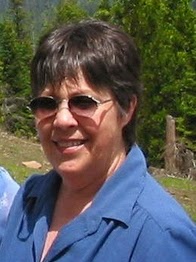 Vella Munn is married, the mother of two sons, grandmother to four, and happily owned by two rescue dogs. Her hobby, for lack of a different word, is digging in the dirt. She loves going for walks and hates shopping. 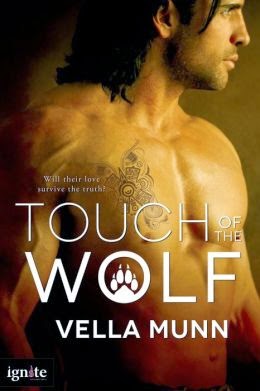 Touch of the Wolf

Buy from Amazon / B&N
Family.Abandon as a child, Winter Barstow is a woman without a family history and few clues to lead her in the right direction. When a stolen artifact from the Olympic National Forest arrives at her door, Winter travels to the remote outpost in Washington in search of who sent it to her and why. Instead of answers, she finds the handsome, yet moody Forest Ranger Jay Raven hiding from his heritage.

Jay’s attraction to Winter is instantaneous, and powerful. To admit it, however, means Jay must recognize a culture he’s left behind—something he’s not willing to do. But when Winter discovers the body of her college mentor, her life is in danger and only the call of the wolf can lead Jay to her side and back to his Native American ways.

And a love strong enough to offer both.

Having just embraced his family, Jay is now faced with a difficult decision: turn his brother in for the theft of ancient tribal artifacts, or protect him. Worse yet is protecting Winter as her continued search for the thieves leads a target for killers. Now Winter and Jay must embrace their heritage and the spirit of the wolf to save Winter’s life, as well as the love that has brought them home.

I seem to be discovering new authors recently, which is fabulous for someone who reads as much as I do but maybe not for my bank manager! Vella Munn is one such author, and I was more than happy to read Touch of the Wolf when recommended by a friend. This is an ideal book for lovers of romantic suspense who are looking for a read that is perhaps a little deeper than many others out there. Although it will also be an interesting read for devotees of paranormal fiction.


This story centres around Winter Barstow, a young anthropologist who has no recollection of her family and has grown up in foster care always searching for her place in the world. All she truly knows about herself is she obviously has Native American heritage and has always felt a connection with wolves.

The professor she works with Dr Gilsdorf, is on a fact finding mission in the Olympic National Park in Washington when she receives a mysterious tribal mask from him. The mask is in the form of a wolfs head and something about it awakens memories within Winter. Her journey to the Olympic National forest to meet Dr Gilsdorf finds her discovering tragedy as Winter finds out that her mentor has been viciously murdered. Was he slain by opportunistic thieves or is it possible that someone doesn't want his findings made public?
Jay Raven is part of the Hoh tribe but has turned his back on many of his families native beliefs. Working as a Park Ranger he struggles to maintain a balance between the modern world and his heritage. He realises that there are those amongst his people that will stop at nothing to protect their most sacred relics but would they go as far as murder? Meeting the mysterious Winter challenges Jays very beliefs as it's obvious that she knows far more than she's prepared to say. Wanting to protect her Jay tries hard to warn her off but sometimes connections just cannot be ignored. Winter is stirring up a can of worms and it looks like the killer hasn't quite finished his dirty work!
Ok going to be honest and say I was a bit concerned by the location, use of wolves and native American imagery in this book. Why? Well with the advent of sparkly vampires there does seem to be quite a plethora of similar stories around. Happily this is nothing like those! This book is a grown up read, full of mystery, suspense and historical facts. Set in a very evocative landscape it's full of lush descriptions that take the reader into the forest to journey with the central characters. Yes there is a romance but somehow it felt secondary to the mystery of who the murderer was and just what the reasons where.All in all this was a well thought out story and it's obvious that Ms Munn has done her research . A book to make you think and certainly one to enjoy .

Touch of the Wolf

Posted by LITERAL ADDICTION at 7:13 AM