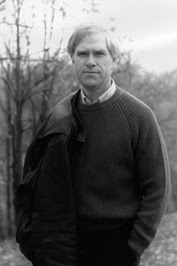 John Sandford was born John Camp on February 23, 1944, in Cedar Rapids, Iowa. He attended the public schools in Cedar Rapids, graduating from Washington High School in 1962. He then spent four years at the University of Iowa, graduating with a bachelor's degree in American Studies in 1966. In 1966, he married Susan Lee Jones of Cedar Rapids, a fellow student at the University of Iowa. He was in the U.S. Army from 1966-68, worked as a reporter for the Cape Girardeau Southeast Missourian from 1968-1970, and went back to the University of Iowa from 1970-1971, where he received a master's degree in journalism. He was a reporter for The Miami Herald from 1971-78, and then a reporter for the St. Paul Pioneer-Press from 1978-1990; in 1980, he was a finalist for a Pulitzer Prize, and he won the Pulitzer in 1986 for a series of stories about a midwestern farm crisis. From 1990 to the present he has written thriller novels. He's also the author of two non-fiction books, one on plastic surgery and one on art. He is the principal financial backer of a major archeological project in the Jordan Valley of Israel, with a website at www.rehov.org In addition to archaeology, he is deeply interested in art (painting) and photography. He both hunts and fishes. He has two children, Roswell and Emily, and one grandson, Benjamin. His wife, Susan, died of metastasized breast cancer in May, 2007, and is greatly missed. 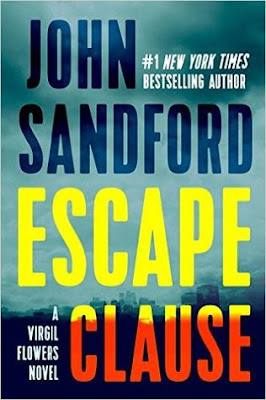 Whenever you hear the sky rumble, that usually means a storm. In Virgil Flowers’ case, make that two. The exceptional new thriller from the writer whose books are “pure reading pleasure” (Booklist)

The first storm comes from, of all places, the Minnesota zoo. Two large, and very rare, Amur tigers have vanished from their cage, and authorities are worried sick that they’ve been stolen for their body parts. Traditional Chinese medicine prizes those parts for home remedies, and people will do extreme things to get what they need. Some of them are a great deal more extreme than others -- as Virgil is about to find out.

Then there’s the . Virgil’s relationship his girlfriend Frankie has been getting kind of serious, but when Frankie’s sister Sparkle moves in for the summer, the situation gets a lot more complicated. For one thing, her research into migrant workers is about to bring her up against some very violent people who emphatically do not want to be researched. For anothershe thinks Virgil’s kind of cute.

“You mess around with Sparkle,” Frankie told Virgil, “you could get yourself stabbed.”
“She carries a knife?”
“No, but I do.”

Forget a storm – this one’s a tornado.

Our Review, by LITERAL ADDICTION's Scholastic Siren - Sara:
Book 9 in the Virgil Flowers series can be read as a stand-alone, the mystery is inclusive, but I think you would miss getting to know all the characters.

Virgil works for the Bureau of Criminal Apprehension (BCA) which is basically the state version of the FBI. They deal with some very strange cases, none stranger than this.

Virgil gets a call in the middle of the night about a kidnapping, the victims, two rare tigers missing from the zoo. Personally, Virgil’s life is a little wonky, too, Frankie’s sister moves in with her for the summer causing all manner of upset.

As always, the story is cohesive and the mystery wraps up in one book, rather violently.

This series is not for the faint of heart. If you are an animal lover, like I am, this book has a serious rough spot rather early on, once you get past it, it is worth continuing.

Posted by LITERAL ADDICTION at 4:58 AM No comments: 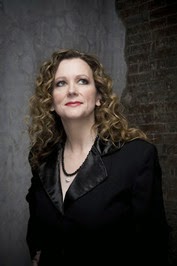 Laurell K. Hamilton is the #1 New York Times bestselling author of two series that mix mystery, fantasy, magic, horror and romance. Her Anita Blake: Vampire Hunter novels from Berkley Books began with GUILTY PLEASURES and continues to thrive with over sixteen volumes the series and comic adaptation. There are now more than 6 million copies of Anita in print worldwide, in 16 languages. Hamilton's Ballantine series features Fey princess and private investigator, Merry Gentry and there are now six novels exceeding one million copies in print. She lives in St. Louis with her husband Jonathon Green, daughter, two pug dogs and one boxer/pug dog. 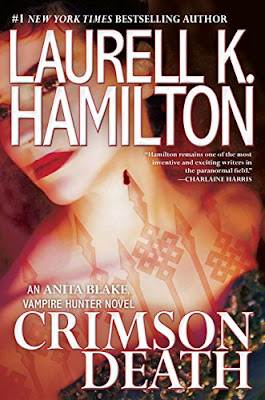 In her twenty-fifth adventure, vampire hunter and necromancer Anita Blake learns that evil is in the eye of the beholder...

Anita has never seen Damian, her vampire servant, in such a state. The rising sun doesn’t usher in the peaceful death that he desperately needs. Instead, he’s being bombarded with violent nightmares and blood sweats.

And now, with Damian at his most vulnerable, Anita needs him the most. The vampire who created him, who subjected him to centuries of torture, might be losing control, allowing rogue vampires to run wild and break one of their kind’s few strict taboos.

Some say love is a great motivator, but hatred gets the job done, too. And when Anita joins forces with her friend Edward to stop the carnage, Damian will be at their side, even if it means traveling back to the land where all his nightmares spring from...a place that couldn’t be less welcoming to a vampire, an assassin, and a necromancer.

Our Review, by LITERAL ADDICTION's Scholastic Siren - Sara:
This is the 25th entry in a series, I would not start here. However, if you stopped reading a few books ago, which many of you did, start again with DEAD ICE then read this. Well worth your time.

This was like two books rolled into one, before Ireland and during Ireland. Anita’s triumvirate with Damian and Nathaniel isn’t working as it should and needs to be fixed. This is the first half of the book, and the magic and inner workings of the triumvirate are very interesting.

The second half of the book, is pure, old-school, kick-ass Anita solving crime with Edward.

The reason for 4 stars instead of five, the two book feel left me wanting in the beginning, I was ready for the travel and it kept not happening. The ending was a little flat but still satisfying. I really enjoyed reading this, in fact, I devoured it and will read it again, much more slowly, at a later date.  Looking forward to 26!

Posted by LITERAL ADDICTION at 7:18 AM No comments:

[Archive] LITERAL ADDICTION's Review of All the Little Liars 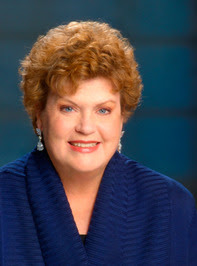 Charlaine Harris has been a published novelist for over twenty-five years. A native of the Mississippi Delta, she grew up in the middle of a cotton field. Now she lives in southern Arkansas with her husband, her three children, three dogs, and a duck. The duck stays outside.

Though her early output consisted largely of ghost stories, by the time she hit college (Rhodes, in Memphis) Charlaine was writing poetry and plays. After holding down some low-level jobs, she had the opportunity to stay home and write, and the resulting two stand-alones were published by Houghton Mifflin. After a child-producing sabbatical, Charlaine latched on to the trend of writing mystery series, and soon had her own traditional books about a Georgia librarian, Aurora Teagarden. Her first Teagarden, Real Murders, garnered an Agatha nomination.

Soon Charlaine was looking for another challenge, and the result was the much darker Lily Bard series. The books, set in Shakespeare, Arkansas, feature a heroine who has survived a terrible attack and is learning to live with its consequences.

When Charlaine began to realize that neither of those series was ever going to set the literary world on fire, she regrouped and decided to write the book she’d always wanted to write. Not a traditional mystery, nor yet pure science fiction or romance, Dead Until Dark broke genre boundaries to appeal to a wide audience of people who just enjoy a good adventure. Each subsequent book about Sookie Stackhouse, telepathic Louisiana barmaid and friend to vampires, werewolves, and various other odd creatures, has drawn more readers. The Southern Vampire books are published in Japan, Great Britain, Greece, Germany, Thailand, Spain, France, and Russia.

In addition to Sookie, Charlaine has another heroine with a strange ability. Harper Connelly, lightning-struck and strange, can find corpses… and that’s how she makes her living.

In addition to her work as a writer, Charlaine is the past senior warden of St. James Episcopal Church, a board member of Mystery Writers of America, a past board member of Sisters in Crime, a member of the American Crime Writers League, and past president of the Arkansas Mystery Writers Alliance. She spends her "spare" time reading, watching her daughter play sports, traveling, and going to the movies. 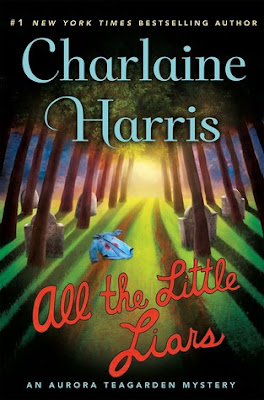 All The Little Liars
Aurora Teagarden #9

Aurora Teagarden is basking in the news of her pregnancy when disaster strikes her small Georgia town: four kids vanish from the school soccer field in an afternoon. Aurora’s 15-year-old brother Phillip is one of them. Also gone are two of his friends, and an 11-year-old girl who was just hoping to get a ride home from soccer practice. And then there’s an even worse discovery—at the kids’ last known destination, a dead body.

While the local police and sheriff’s department comb the county for the missing kids and interview everyone even remotely involved, Aurora and her new husband, true crime writer Robin Crusoe, begin their own investigation. Could the death and kidnappings have anything to do with a group of bullies at the middle school? Is Phillip’s disappearance related to Aurora’s father’s gambling debts? Or is Phillip himself, new to town and an unknown quantity, responsible for taking the other children? But regardless of the reason, as the days go by, the most important questions remain. Are the kids still alive? Who could be concealing them? Where could they be?

With Christmas approaching, Aurora is determined to find her brother…if he’s still alive.

After more than a decade, #1 New York Times bestseller Charlaine Harris finally returns to her fan-favorite Aurora Teagarden series with All the Little Liars, a fabulously fun new mystery.

Our Review, by LITERAL ADDICTION's Scholastic Siren - Sara:
Book 9 in the Aurora Teagarden series was a nice treat. The series last installment was in 2009, so you might need a light refresher. Aurora is a librarian in the smallish town of Lawrenceton, Georgia. She is a widow with no children, although her half-brother, Phillip, is living with her and her significant other, a true crime writer named Robin Crusoe. This book opens a few days after their wedding. Phillip seems to be making friends and fitting in quite well. They are finally a happy family until Phillip and a few other local kids go missing. The police are investigating, but Roe feels she needs to do something, and she has information the police don’t have. The mystery is great and does wrap up in one book. It is also totally plausible, which I really appreciate. This book feels like coming home. I really enjoyed it.

All the Little Liars

Posted by LITERAL ADDICTION at 8:23 AM No comments: